Ancient Civilizations of the Eastern World

Characteristics of a Civilization

There are many ways to define a civilization, but most scholars agree that when a society begins to form cities, it becomes a civilization. In fact, the word civilization comes from the Latin word civilis, meaning "of the city." Most civilizations have the following elements:

A Surplus of Food
Prehistoric people were nomadic.  They had no home because they were constantly in search of food.  When people cannot rely on having a steady supply of food, finding nourishment becomes their highest priority.  When people have enough to eat, they begin to develop other needs.

A Division of Labor
When a person has one job, through constant practice, he or she tends to do that job very well. People are also more likely to work at jobs that brings them satisfaction.  In order for people to work at individual jobs, the individual members of their group must cooperate with one another.

Organized Government and Religion
People living under the same government or having the same religious beliefs are likely to have similar values.  A level of trust and mutual responsibility often grows in these circumstances, making it is easier for members of a group to exchange goods and services with one another.

Writing
Writing allows people to keep records and communicate.  Writing also makes it possible to send knowledge through time and space.  A written message can travel a great distance, and can live on past the life of the writer. 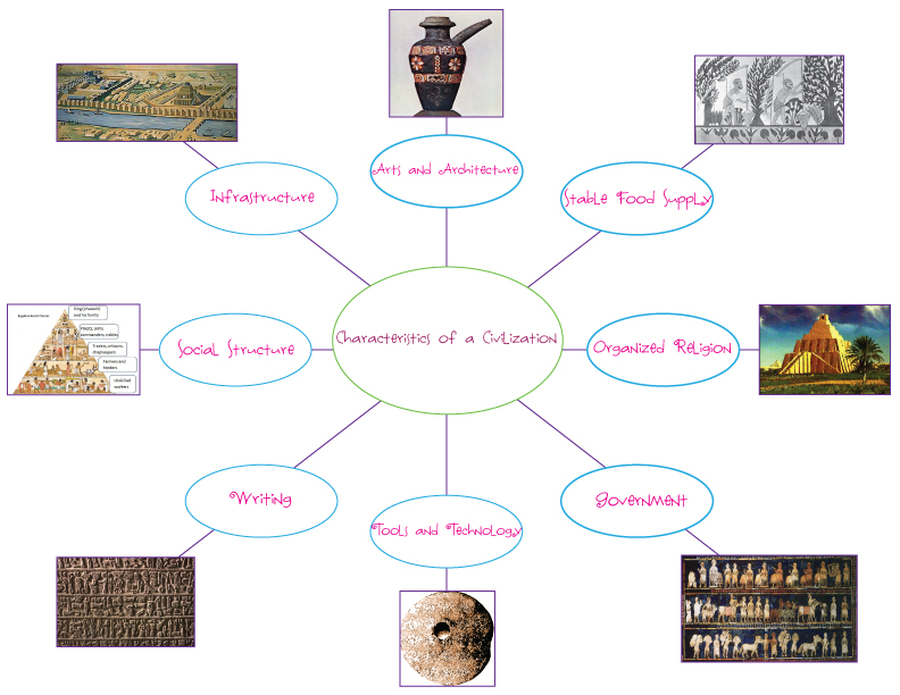